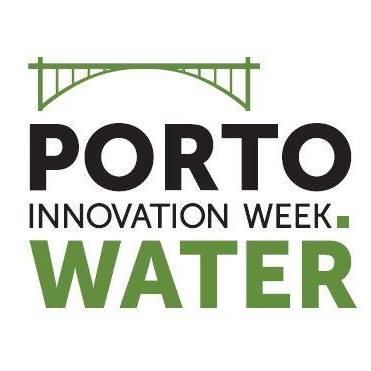 ALICE was present at the Porto Water Innovation Week 2017 #PWIW2017 held in Portugal from 24 to 30 September 2017, hosting also the 4th EIP Water Conference 2017 as part of the Week celebrations.

A total of 1,252 participants attended the events, including scientists, experts, public entities, companies and organisations in different sectors, building upon an interesting forum for the exchange of ideas and opinions. In addition, 68 business forums, 546 matchmaking meetings, 19 side events, 116 exhibitors and 150 speakers were held. ALICE project partner REDINN srl. took the opportunity to network and disseminate the different actions of the project during the 4th EIP Water Conference 2017 held on 27-28 September 2017. They established contact with many different entities represented at the stands, exchanging experiences and good practices.
The conference was organised by a team led by the municipality of Porto, in collaboration with the National Laboratory of Civil Engineering, Aguas de Portugal and the Portuguese Water Partnership, with the support of the Government of Portugal and the European Commission. As in the previous editions, the proposals for papers was very broad and of undoubted interest. The diverse EIP Water Action Groups discussed innovation aspects in water reuse and the circular economy, actions underway to promote the reuse of water at EU level, views on barriers to innovation and needs for support, EU guidance documents on water reuse and legislation requirements for water reuse in irrigation and groundwater recharge, reduction of energy consumption and the potential for energy generation from wastewater.

As part of the activities of the conference, projects with a high innovation component participated at the competition “SPLASH Innovation Stage” demonstrating a significant impact in the water sector.
The winners consisted in:
1st place: FlowLoop (Denmark)
2nd place: Oxdiniti (United Kingdom)
3rd place: InanoEnergy (Portugal) who also received the award for highest potential on energy efficiency.

To conclude the water week in Porto, several activities were carried out in the city of Oporto, aiming at the engagement of a wider audience. The city of Porto was also selected to officially launch the Urban Water Agenda 2030 during a meeting attended by European mayors and experts in urban water management, representatives of central and regional governments and river basin regions, regulators, legislators, utility companies and research institutes.

REDINN srl. also participated at the City Blueprint AG Annual Meeting, during which Kees van Leeuwen and his team described the advances made, exploring further opportunities in the water sector.

For more information, have a look at the official page of Porto Water Innovation Week 2017.