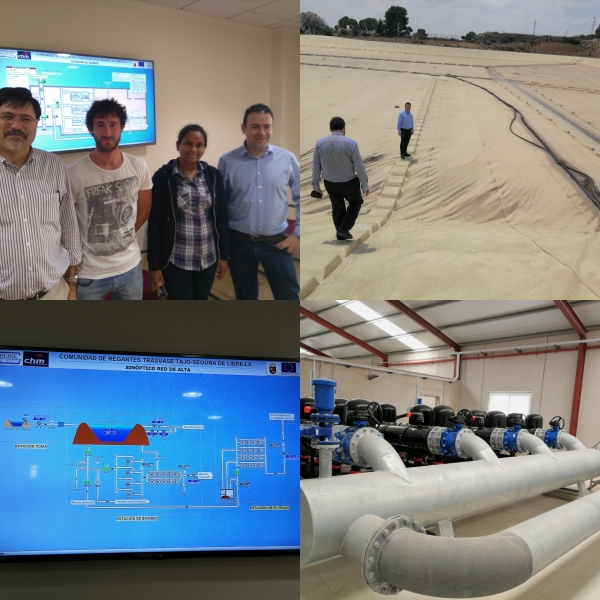 I am a PhD student at Ulster University working on Water and Energy nexus. I am currently on a secondment in Murcia (South of Spain). During my secondment, I had an opportunity to visit the Irrigation Community of Tajo Segura de Librilla. This community has a complete automation system for irrigation that can be operated from any location through any device, that is connected to the internet to optimize the use of water and in turn of eletricity. They have also installed a Solar Photovoltaic system to power their pumping station.

Antonio Perez Vidal, an Engineer at Batchline Control, who is also team member of the Irribatch (a control system for irrigation community), has demonstrated us the Irribatch software working, which is the control system used by the Irrigation Community of Tajo segura de Librilla. Irribatch is a hydrant remote control system developed by Batchline Control for the automation of the irrigation by the Irrigation Community with low intelligence. It is transparent and can be communicated through different modes of transmission, such as radio, UHF, WIMAX, GPRS, WIFI and cables.


Warning: count(): Parameter must be an array or an object that implements Countable in /home/alice/public_html/templates/g5_helium/html/com_k2/forum/item.php on line 246

Read 1915 times Last modified on Monday, 10 September 2018 12:59
Tweet
Published in Posts
More in this category: The acceptance of society in innovation »
Login to post comments